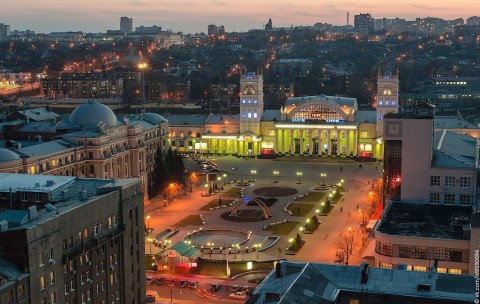 Kharkiv / Kharkov history started in the mid-17th Century, when the Kozaks created the Slobody settlements; and since then, the city has turned into one of the largest commercial and cultural centers in Ukraine with a population of over 1.7 million people. Kharkov is located at the confluence of Kharkiv, Lopan and Uda rivers.

Kharkiv was a cradle of Ukrainian intelligentsia; and most of the first literary works in the Ukrainian language were written here and the first performances of the Ukrainian theatre were started here. From December 1919 to June 1934, Kharkov was the capital of Soviet Ukraine. The Ukrainian cultural renaissance commenced here in the years 1920-1930. As one of the main industrial and scientific centres of Ukraine, Kharkov is the home of many scientific discoveries that made revolutions in technology.

The present architectural pattern of Kharkov has been developing for more than three centuries and has been influenced by various conditions of the life, habits and traditions of the Ukrainian people as well as of neighbouring nations. The city has its own charm: narrow streets with old buildings, comprised of different architectural styles and small yards. In the city's downtown area, there is a huge and impressive main square, majestic cathedrals and small churches, and a metro (subway), many stations of which are considered works of art. 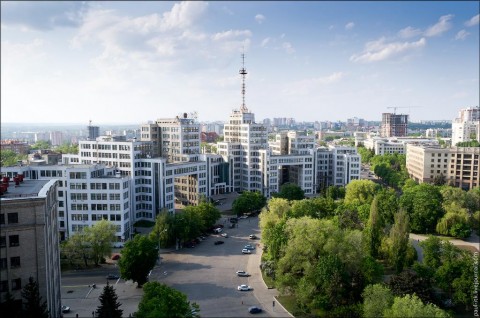 Kharkiv has six outstanding professional theatres, a circus, several museums and many libraries. It is a very green city, with more than 100 parks within its limits.

The local population is peaceful and most hospitable. Kharkiv is considered the safest and quietest among large cities in Ukraine.

Many foreigners come to Kharkiv for business and pleasure, or in search of beautiful Ukrainian wives.
There are several universities and many institutes and colleges in Kharkov. That is why Kharkiv is a city of 100,000 students; and all travellers are surprised to see so many young people on the streets Kharkov. It makes Kharkov city of youth and everlasting spring.

Please, take a look at our Kharkiv city and Kharkiv region private tours and contact us with any special orders you have in mind!

Visit Kharkiv for business, learning and other reasons and fall in love with this beautiful & modern city!